On November 5, 1843, the Rt. Rev. William R. Whittingham confirmed nine people at St. James’ (First African) Church in Baltimore (now St. James’ Church, Lafayette Square). Always a meticulous record-keeper, the bishop noted in his book of confirmations “All late of Trinity Parish, Charles County, but about to sail for the Maryland Colony, Africa; being manumitted servants of the Rev. Henry B. Goodwin, by whom they have been prepared and are recommended for confirmation.”

Henry Bradford Goodwin (http://www.goodwin-keithley.net/getperson.php…) was a native of Massachusetts, and was brought up a Congregationalist. He attended Virginia Theological Seminary and was ordained in the Episcopal Church in 1829 by Bishop Moore of Virginia and transferred to Maryland. In 1832 he became rector of St. Paul’s Church, Prince George’s County, but left after two years and “settled on his estate in Charles County”. One year after his former slaves were confirmed and their departure for the Maryland Colony, he wrote a pamphlet entitled, “North and South”, giving his name as “A Northern Man with Southern Citizenship” in which he defended slavery, insisting that “slavery in the United States has resulted in the permanent good and advancement of the Negro race.”

The Maryland State Colonization Society was a branch of the American Colonization Society, which envisioned an independent country in Africa in which freedmen could guide their own destinies as the “remedy for slavery.” Others saw it as a way to remove all freed slaves from Maryland. The African Republic of Maryland (https://en.wikipedia.org/wiki/Republic_of_Maryland) was a short-lived independent west-African nation which existed from 1834-1857, when it was annexed by Liberia. To entice masters to manumit slaves if they would immigrate to Africa, free passage was offered by the Maryland Colonization Society, as well as 5 acres of land, low-interest loans and rent. 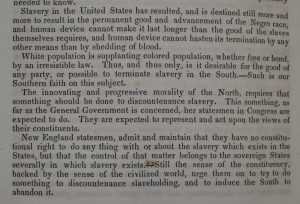 “Slavery in the United States has resulted in the permanent good and advancement of the Negro race.” — from “A Northern Man with Southern Citizenship” by the Rev. Henry Bradford Goodwin 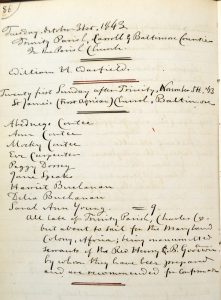 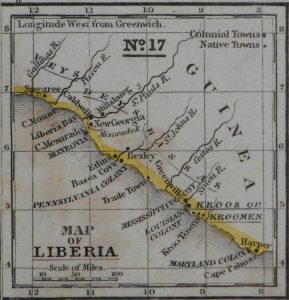 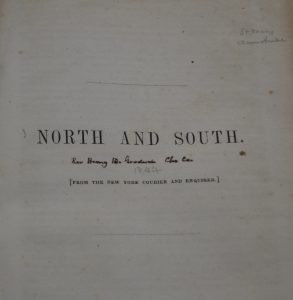