From the Archives: Claggett Center 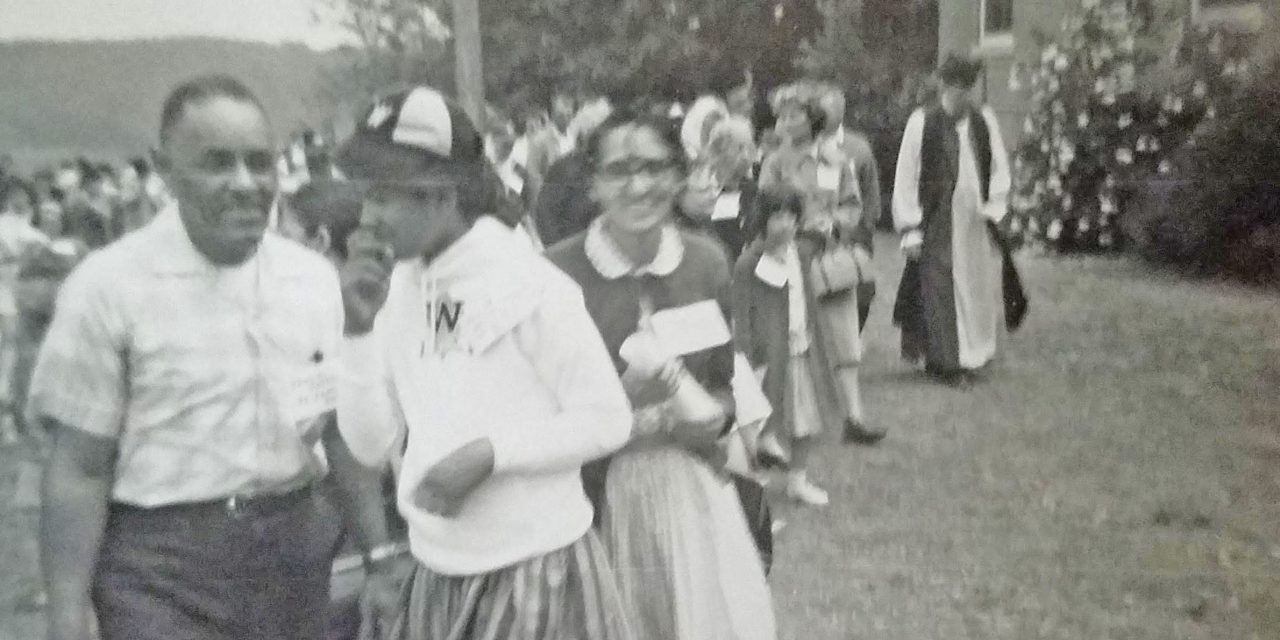 From the beginning of his Episcopate in 1944, Bishop Noble Powell dreamed of having a place where the whole diocese could meet for conferences, study, retreats and camps, thus developing a family spirit within the diocese. A piece of property near Reisterstown was purchased for this purpose in 1947, but was soon sold because the cost to make the property suitable would have cost nearly $50,000. In 1950, the Buckingham School Foundation offered their school property in Frederick County to the diocese. The Buckingham School had existed from 1890-1944, and consisted of 290 acres, a working dairy farm, and school buildings. The Buckingham School Foundation even offered $30,000 to the diocese to help put the buildings in working order, so on November 30, 1950, the whole property was deeded to the diocese. By February, 1952, the Center was ready enough for the clergy conference to be held there; in addition to Diocesan conferences and camps, the facility was used by 4-H and Boy Scout groups. In 1955, Bp. Noble Powell received a letter from a woman who had taken her daughter to summer camp at the Clagett Center, saying she was shocked to see “three negro girls” there as campers. Indignant that she had never been informed that there was “integration of the races” taking place at camp, she asked if the bishop could insure that in the future, “our children will sleep with those of their own race”. The bishop’s reply tells us a great deal about his own beliefs and struggles. Saying he was raised in the Deep South (He was born in Alabama in 1891), and understood the problems and the traditions of segregation, he said, nevertheless, “I know the inheritance, and at the same time, I know what is laid upon me as one who tried to follow Jesus Christ.” Clarifying the position of the diocese and of himself, he continued, “The policy at Claggett is consonant with the tradition long established in the diocese, where in Church gatherings there has been no distinction, certainly in the more than a quarter of a century that I have known this beloved diocese…When Claggett policy was being formed, no question was ever raised as to what approach, other than the Christian approach, would be made to the use of the facilities. From the beginning there has been no segregation… We have tried to make Claggett Center the spiritual center for all, and we have tried to put Jesus Christ at the center of the Center.” Addressing the bigger problem of racial problems in America, the bishop continued, “What disturbs me most of all, as I look at this problem of race, is the fact that we, in the Church, have not been leaders as we should have been, in solving the situation, but too often have left it to civil authorities to initiate what we should have taken in hand. In my judgment, we shall never be able to solve the question of race relationships by law. Only the application of the principles of Jesus Christ planted and growing in our hearts gives us any hope at all.”