From the Archives: The Church of St. Mary the Virgin, Baltimore 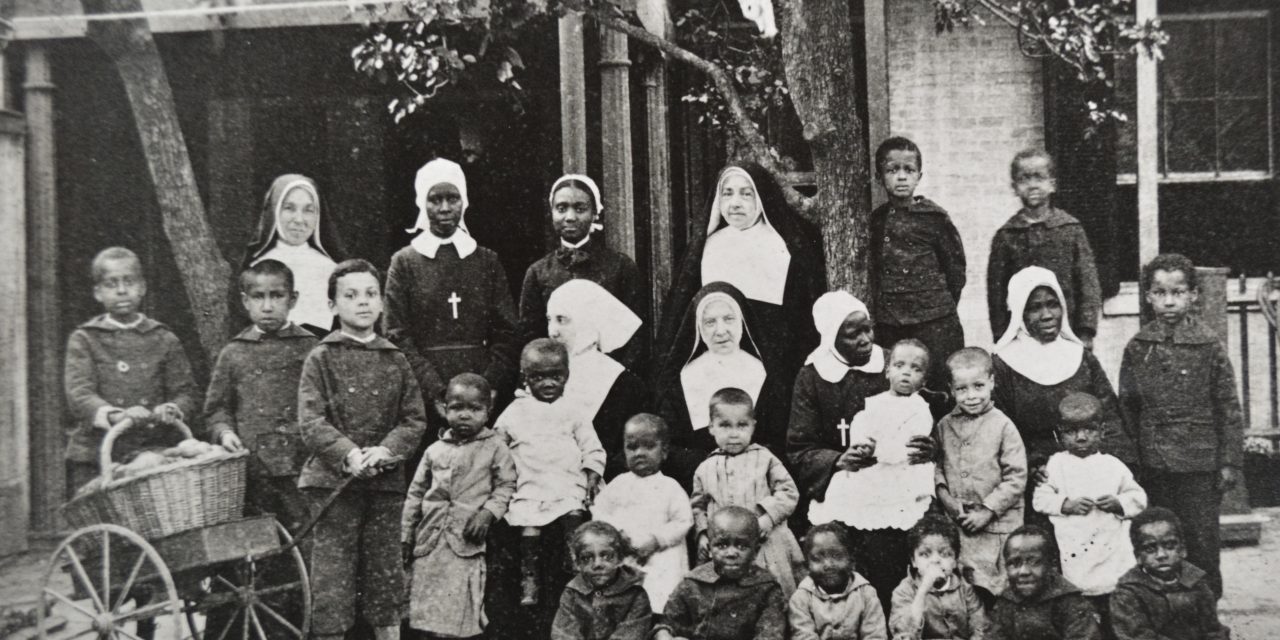 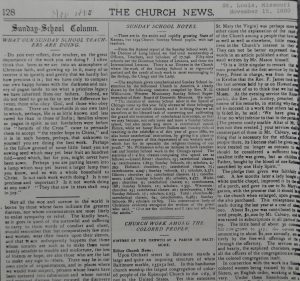 According to a November 15, 1880 article published in a national publication, The Church News, written by an unnamed correspondent from Baltimore, the mission that was to become the Church of St. Mary the Virgin was begun by “two earnest and active colored laymen”, James Thompson and C.M.C. Mason, in September of 1868. But the Baltimore Afro-American of February 20, 1932, published a slightly different account. “Nearly one half of the congregation of St. James’ First African Church, under the leadership of Mr. Cassius M.C. Mason, withdrew and initiated the St. Philip’s Mission in the new section of the city. Most of them were of the younger set, who felt that the older ones had not given the younger set a chance.” The fledgling congregation met in a hall over a feed store on Howard Street until the building was sold by the city to “make room for public buildings” early in May of 1873. Quoting the Church News article, “Having called on the rectors of the city parishes for aid in their difficulty, they found none who would assist them until they reached the clergy of Mt. Calvary Church, the Rev. Joseph Richey and the Rev. Calbraith B. Perry.” The rector, Joseph Richey, promised that Fr. Perry would be in charge of the congregation, and arranged for the use of a hall not far from Mt. Calvary, at the corner of Pennsylvania Avenue and St. Mary’s Street. Made “bright and attractive” to house the mission, which took the name of St. Mary the Virgin, it folded in the former St. Philip’s congregation, which, according to the Afro-American, numbered about 30. The Rev. Mr. Richey preached at the first evening service in the converted hall, on May 18, 1873, saying, “You will no longer be treated as outcasts to whom it should be considered a sufficient favor if the smallest trifle is given, but as children of One Father, bought by the blood of One Redeemer, and sanctified by One Holy Ghost.”

Only a few months after the congregation moved into its converted quarters, Elizabeth Oliver purchased a church building from a congregation of Swedenborgians (the Third New Jerusalem Church) on Orchard Street, improved it by adding a porch, and gave its use to St. Mary’s congregation. The first service, led by Fr. Perry, took place on September 21, 1873. 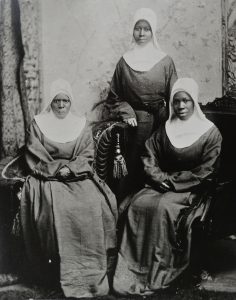 In 1872, the rector of Mt. Calvary Church, the Rev. Joseph Richey, had appealed to the Foundress and Mother Superior of the All Saints’ Sisters of the Poor in London to send him some help in establishing a school. Richey was an ardent young Tractarian Movement priest who embraced the movement’s commitment to work among the poor and uneducated, and saw Baltimore as a field “ripe for harvest”. After dutifully writing to Bishop Whittingham for permission to bring a few Sisters into the Diocese of Maryland, he met three Sisters as they disembarked from the ship “Celtic” in New York City on December 10, 1872. When the Sisters took the train to Baltimore a few days later, The Rev. Mr. Richey had to tell them he did not yet have a house ready for them, and took them to the home of a parishioner, Margaret Harrison and her niece, Elizabeth Oliver, who would become the generous patron of the congregation of St. Mary the Virgin.

Shortly after taking up the work in Baltimore, Sister Harriet and Fr. Richey began making plans to establish a Black Sisterhood, and by 1876, the first aspirant was in place. Calling themselves “The Sisterhood of St. Mary and All Saints’” three African-American nuns, along with four English nuns, worked to establish a school for girls and an orphanage for boys associated with the new St. Mary’s Mission. Both the St. Mary’s Parish School and the St. Mary’s Home for Colored Boys were on Biddle Street, and post-Civil War conditions in Baltimore’s poorest areas were appalling. Suffering from oppressive summer heat, lack of sewage, and filthy streets, the nuns still did parish visiting, and took care of the many orphaned boys in their care. They clothed the children, educated them, and took to the streets with their “begging wagon” asking for donations to feed the little ones. 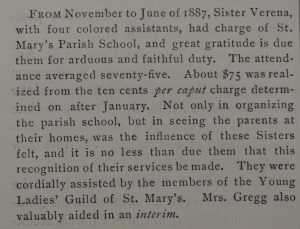 An article from The Maryland Churchman of February, 1888, praised the nuns for running the St. Mary’s Parish Day School, which boasted 75 pupils. “Not only in organizing the parish school, but in seeing the parents at their homes, was the influence of these Sisters felt.” 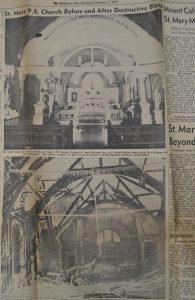 The Chapel of St. Mary the Virgin remained on Orchard Street as a mission of Mt. Calvary Church, and the congregation grew in numbers and strength; but a devastating fire on the night of February 5, 1947, destroyed the church completely. In mourning the loss of the church, an article in The Maryland Churchman stated, “The lovely altar, with its beautiful panels from Jerusalem, was burned beyond repair; the marble steps of the altar lay in ruins; the two acolyte stools in the sanctuary, skillfully carved by artists from the Gold Coast, a gift from Queen Victoria of Great Britain, went up in smoke; the ‘golden gates’ to the chancel became a twisted mass of scrap metal. As crowds of people witnessed this conflagration, tears flowed in abundance.” Also lost were stained glass windows in memory of two of the All Saints’ Sisters of the Poor, as well as a memorial window to Joseph Richey. Despite the loss, the decision was made to rebuild on the same spot, and a new chapel was consecrated in 1953.

In 1958, the city’s proposed expressway route meant that St. Mary the Virgin’s church buildings would be condemned in 3-5 years to accommodate the new highway, so a new site was sought. The Church of the Ascension had merged with the Church of the Prince of Peace in 1932, sold its Lafayette Square buildings to St. James’ Church, and built a new edifice at 3121 Walbrook Avenue. By 1959, Ascension & Prince of Peace again wanted to relocate, this time to Liberty Road at Rockdale, and the diocese purchased the Walbrook church, parish hall and rectory for St. Mary the Virgin, which moved into it in July, 1959. By 1965, the mission had become an independent congregation with full parochial status, and in 1970 called its first African-American priest, the Rev. Lloyd V. George. Still a presence in the Walbrook community today, adjacent to Coppin State University, the Church of St. Mary the Virgin bears witness to 150 years of steadfast faith and outreach to their community.