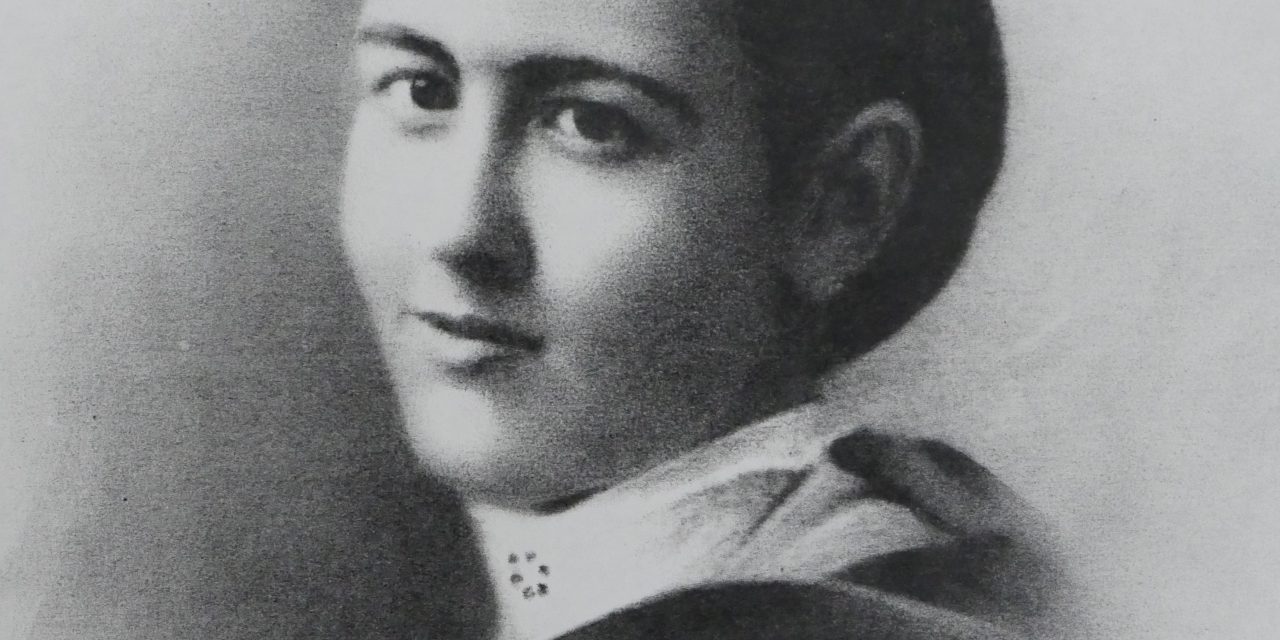 The Girls’ Friendly Society (GFS), the first organization for women in the Church of England, was founded in England in 1875 by Mary Elizabeth Townsend. The Industrial Revolution had sent thousands of young girls to cities from rural areas of the British Isles, and parents were, naturally, worried about the safety and well-being of their daughters. “To experience friendship and recreation in a fellowship of Christian love and service” was the aim of the Society, which helped these girls find jobs, provided housing, and acted as “in loco parentis”. Just two years later, two American women, Elizabeth Edson, whose father was rector of St. Anne’s Church in Lowell, Massachusetts, and Eve Alexander of Baltimore, almost simultaneously, and unknown to each other, began corresponding with the English Society in an effort to bring girls in their cities the benefits of such an organization. In November of 1877, a branch of the GFS began in Lowell, and on November 1, 1878, the Diocese of Maryland’s chapter was begun at St. Luke’s Church, Baltimore, with four associates and 12 girls present.

The motto of the GFS was “Bear one another’s burdens”, and the objects of the organization included encouraging “purity of life, dutifulness to parents, faithfulness to employees, and thrift.” The third rule read, “No girl who has not borne a virtuous character to be admitted as a member; such character being lost, the Member to forfeit her card.” Parents of young girls, new to independence, factory jobs and city life, felt reassured that the GFS was keeping a motherly eye on their daughters, in the absence of parental supervision. “The girls whose life is dull and whose work is hard will find brightness and amusement in the weekly meetings and the numerous entertainments provided by her Branch. Every girl whose heart is pure, who is willing to obey the few simple rules, is welcome, no matter what her work, her home, or her religious beliefs, and will find the friends which she most desires.” Members met weekly, and parishes throughout Maryland established Branches for fellowship and recreation. In 1917, a Holiday House was built by the Maryland Girls’ Friendly Society on an acre of land on the Bush River in Harford County as a place where young women could spend a few relaxing days in a rustic environment, far from the crowded conditions of their daily lives. The girls christened the house Kamp Kemah. And in 1919, with only $51 in hand, the Society “resolved to purchase the Central House from the Colonial Dames to be used as Diocesan headquarters, lodge for girls, cafeteria, Rest Room and Community Center.” By June, the House was purchased for $22,000, and renovations begun. The House at 417 North Charles Street in Baltimore served as headquarters and lodging house until 1959. As a matter of interest, the first Diocesan headquarters was purchased in 1920, at 409 North Charles Street, right next door to the GFS Central House.Bishop John Gardner Murray wrote in the 1921 Convention Journal that together these two buildings “enable us to put our Church in the forefront of community life and progress”, and it didn’t hurt that, “their cafeteria has no superior in the city’”! The sleeping porch at Camp Kemah, 1920

In a history of the Diocesan chapter of the GFS written in 1928, the author remarked that, “Fifty years ago, the Girls’ Friendly Society was started for the specific purpose of reaching the working-girl and the working-girl only. The method of reaching and helping her, when little if anything had been done in the interest of girlhood by either the Church or secular agencies, was along paternalistic lines. The girl was to be brought under Church influence, and protected from world contact as far as possible. During the passing fifty years, radical changes in the position of women and girls everywhere has made radical changes in the methods of the GFS. At the present time, where is the girl to be found who is not a ‘working girl’? Even the debutant or the college-girl takes up some line of work at her earliest opportunity, and the unremunerated worker is everywhere. Service, no matter what the type, has become the objective of today.”

World War II saw an upsurge in women coming to Baltimore to work, and the Central House of the GFS provided a safe, economical place for young women to live for the duration. In a December 2, 1942, illustrated article, the Baltimore Sun described the living conditions for the “twenty-six girls that live in Girls’ Friendly who enjoy the informal life they lead above stairs when the dinner hour is over and work is done for the day. All the girls prefer the House to any type of boarding or rooming house. Most of the girls hail from small towns all over the country. They come to Baltimore and want a place to call their own, other than a lonely room.” By 1959, the Central House was no longer financially sustainable, and the building was sold. The organization was still active in the Diocese during the 1950’s and 60’s, especially among young girls, acting as a sort of church-affiliated Girl Scout troop. In fact, the GFS of the United States still exists today for girls over the age of five, providing fellowship, activities, inclusivity and projects geared toward serving others. Apparently, no branches still exist in Maryland, but some urban areas boast active branches which cater to girls and encourage engagement in the church and community to “provide girls with a sense of purpose and a way to make the world a better place.”