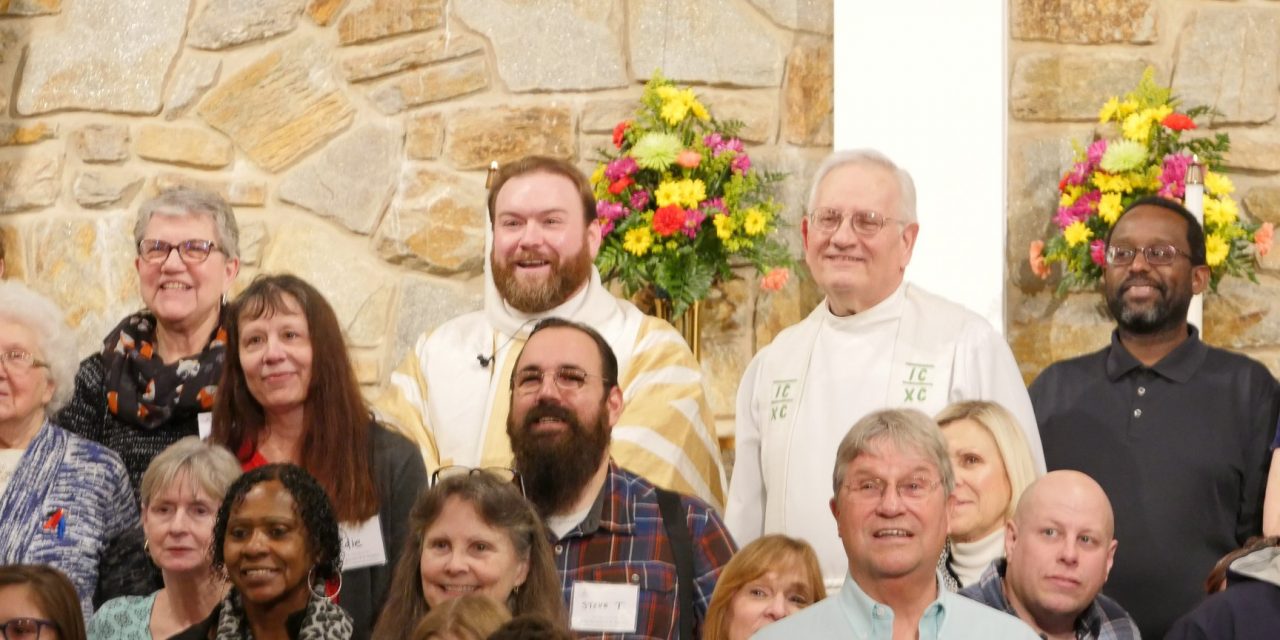 On March 3, 2019, a beautiful, bittersweet and joyful service took place in two locations in Arbutus. One of our congregations, the Church of the Holy Apostles, said goodbye to its worship space of 70 years and joined with the Lutheran congregation of St. Stephen to form the new church of The Churches of the Holy Apostles & St. Stephen​. Thank you to Episcopal News Service​ for highlighting this and our other “Lutherpalian” and ecumenical partnerships. We are grateful to Stewart Lucas​, rector The Church of the Nativity and Holy Comforter, and James Perra, of The Churches of Holy Apostles & St. Stephen, for their leadership, vision and empowering of their congregations to build fruitful and loving new communities. Read the ENS story at the link below photo. See more photos from March 3 on our Facebook Album.

[Episcopal News Service] Communion at 901 Courtney Road in Arbutus, Maryland, looks a bit different from Communion at most Episcopal congregations. Worshippers choose between wine and grape juice, with the option of drinking out of small individual cups instead of the common cup.

The Episcopal Church of the Holy Apostles hasn’t quite merged with St. Stephen Lutheran Church, but on March 3, through a cost-saving partnership between the two struggling congregations, they began worshipping together in the same building and sharing the leadership of the Rev. Jim Perra, an Episcopal priest who now serves as both rector of Holy Apostles and pastor of St. Stephen.

“It shows the faithfulness of the people in these two congregations that they had less interest in a comfortable death …than they did in doing hard and sacrificial things,” Perra told Episcopal News Service by phone. His expanded congregation now calls itself the Churches of the Holy Apostles & St. Stephen.

With The Episcopal Church and the Evangelical Lutheran Church in America, or ELCA, in full communion with each other since 2001, these kinds of partnerships, though still rare, are growing more common around the country for a variety of reasons, including in places like Arbutus where two congregations see sharing worship space and clergy as a difficult but fruitful path to continued viability.