From the Archives: The Corporation for the Relief of the Widows and Children of the Clergy of the Protestant Episcopal Church in Maryland 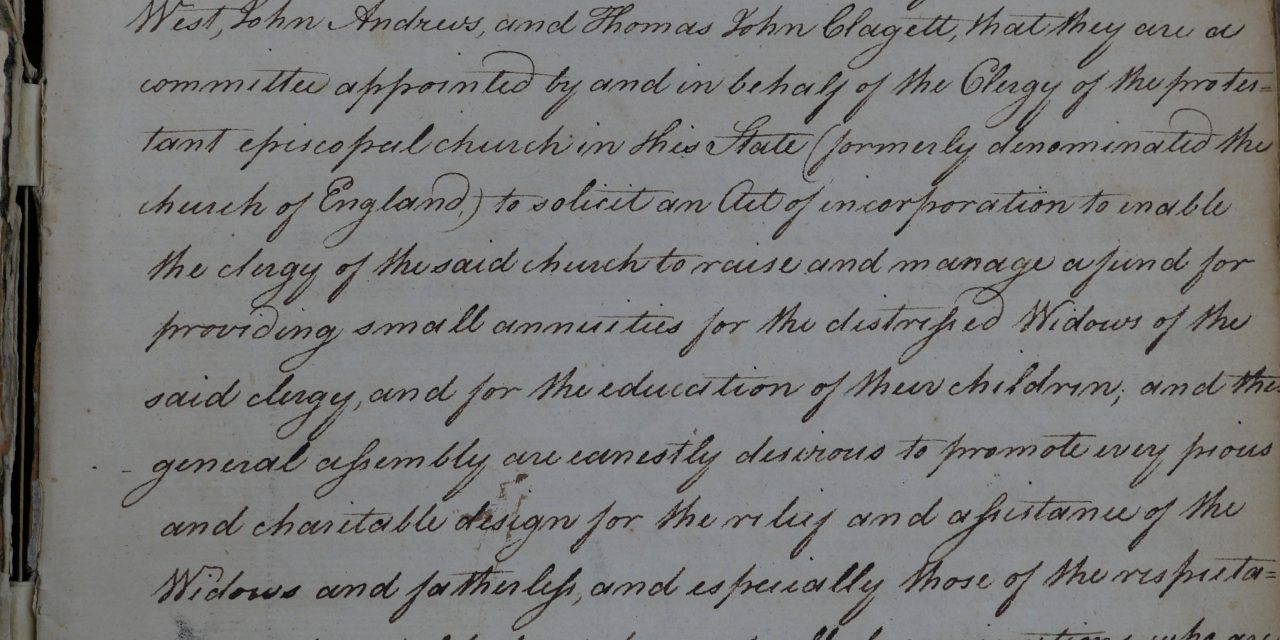 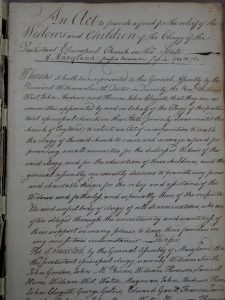 One of the oldest continuing organizations within the Diocese of Maryland is The Corporation for the Relief of the Widows and Children of the Clergy of the Protestant Episcopal Church in Maryland, established in 1784. Before the Church Pension Fund or retirement or insurance benefits, The Corporation, as it is lovingly called, was the only resource available to many clergy widows and children.

Prior to the American Revolution, from 1692 onwards, the Anglican Church in Maryland was established by law – with all citizens taxed for the support of the Church, whether they were members or not. As might be imagined, following the Revolution, being called “Anglican” was not popular, and the name The Protestant Episcopal Church was coined. And having been supported by taxes, parishes and clergy were faced with soliciting funding from parishioners on a voluntary basis. The Church in Maryland had lost many of its clergy during the Revolution, and most parishes were in a dire financial state. According to the Rev. Ethan Allen, the diocese’s first historiographer, of the 57 clergy resident in the diocese before the Revolution, six returned to England, a few more died or moved to other places, leaving 38 in Maryland in 1783. A state of penury existed for most citizens, and support for the Church and her clergy was sparse. In 1784, a meeting was held to form a plan to remedy the pitiable state of most of the clergy. Many had turned to farming or keeping a school to augment their scanty salaries, and one of the most frightening prospects was of “leaving destitute and helpless widows and children.” 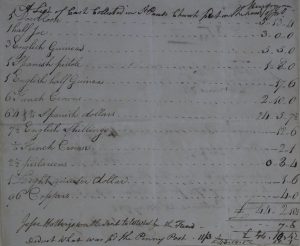 Clergy lived in rectories provided by the parish, and when the clergyman died, the widow and children were obliged to move out. Most had no home of their own, nor could they support themselves. “To remedy in some measure these evils, the clergy of Maryland formed the plan of a fund for their widows and children. And in the year 1784, they obtained of the legislature a charter to enable them to raise and manage such a fund.” They were allowed to “receive any kind of estate, or property, real and personal, and to hold and transmit the same, provided the clear yearly value of the fund should not exceed fifteen thousand Spanish milled dollars.” (In fact, money was far from standardized, and in 1788, collections included dues paid in “dowbloons, half joes, English guineas, Spanish pistoles, French crowns, Spanish dollars, English shillings, light quarter dollars and coppers.”) Clergy paid contributions for five years, then their widows and children were eligible for benefits from The Corporation. A clergyman’s widow would get a monetary annuity every year, unless she remarried; male children would receive an annuity until they reached the age of 21; and female children until the age of 18. If there were no widow, the annuity would be transferred to the children alone. If a family required “peculiar assistance”, a gratuity could be added to the annuity. 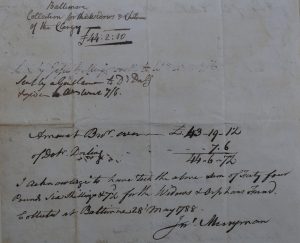 For many clergy widows, assistance from the Corporation could mean the difference between penury and sustenance. In a letter written in 1814, Sarah Oliver, the widow of the Rev. Thomas Fitch Oliver who had been widowed since 1797, explained her situation, “I have four children with me, two sons and two daughters. I have had the unspeakable misfortune of losing my four eldest children since my return from Maryland – three by sudden death…” She thanked the Corporation for their generous gift of $140, and added, “I had hoped before this time to have been able to have spared myself so humiliating an application, but imperious necessity had otherwise decreed it.” 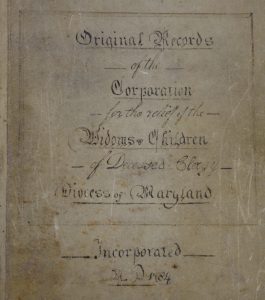 Sarah Ball, the widow of the Rev. David Ball, who had died in 1813, wrote in 1821 explaining her situation. “I am now, to the best of my recollection, 52 years old, and live in the house with my son David, who is engaged at present in teaching and tending a small farm for the consumption of his family.” Her other children included Hannah, age 23 and married, Sally (age 19), Betsy (18), Thomas (16), Harriet (15), William (13), and Rebecca (10). Two years later, Sarah Ball wrote asking for a special gratuity. “I am compelled to apply to you to let us have $20 for present relief. My eldest son, with whom I live, has been afflicted with madness and brought very low. He has recovered his senses but is very low yet. We have been truly distressed. His losses in temporals are great. You can deduct the money mentioned out of the allowance allowed me for the present year.” Sarah received the $20 from Bishop Kemp, who served as treasurer of the Corporation, in June, and in July she received her annuity of $100. 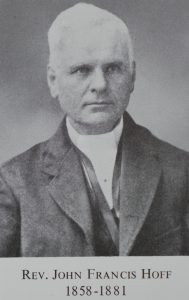 By 1860, The Corporation had changed its rules concerning unmarried daughters. Now unmarried daughters were entitled to an annuity until they married, or, if they never married, until their deaths. The Rev. John Francis Hoff, rector of Trinity Church, Towson, died in 1881, leaving three unmarried daughters– Mary, Catherine, and Elizabeth. Elizabeth died in 1908, but Mary lived until 1932, dying at age 87, and Catherine lived until 1933, when she died at age 83. All that time, for 52 years, the sisters were able to depend upon an annuity plus a gratuity from The Corporation because their father paid a contribution for five years. 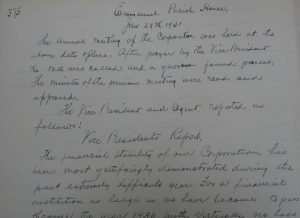 The stock market collapse of 1929 and subsequent Great Depression affected every financial institution, but the careful management of funds helped The Corporation weather the storm better than most. In the annual report for the year 1930, The Corporation’s vice-president, the Rev. John Yellott wrote, “The financial stability of our Corporation has been most gratifyingly demonstrated during the past extremely difficult year. We have passed through the year 1930 with virtually no loss of income – a remarkable achievement. The management of a $733,000 corporation is a heavy responsibility, involving something of the strain St. Paul had in mind when he spoke of his daily burden, the care of the churches.” In fact, The Corporation loaned the Diocese of Maryland money in 1929. The treasurer of the Convention wrote in his annual report, “The Diocese is indebted to ‘The Corporation’ in the sum of $11,500.00.” 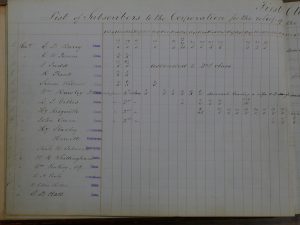 Clergy resident in the three Maryland dioceses of Maryland, Easton and Washington are still eligible to join The Corporation, and take advantage of the liberal and welcome benefits distributed by this venerable institution. Visit http://episcopalcorporation.org to learn more.