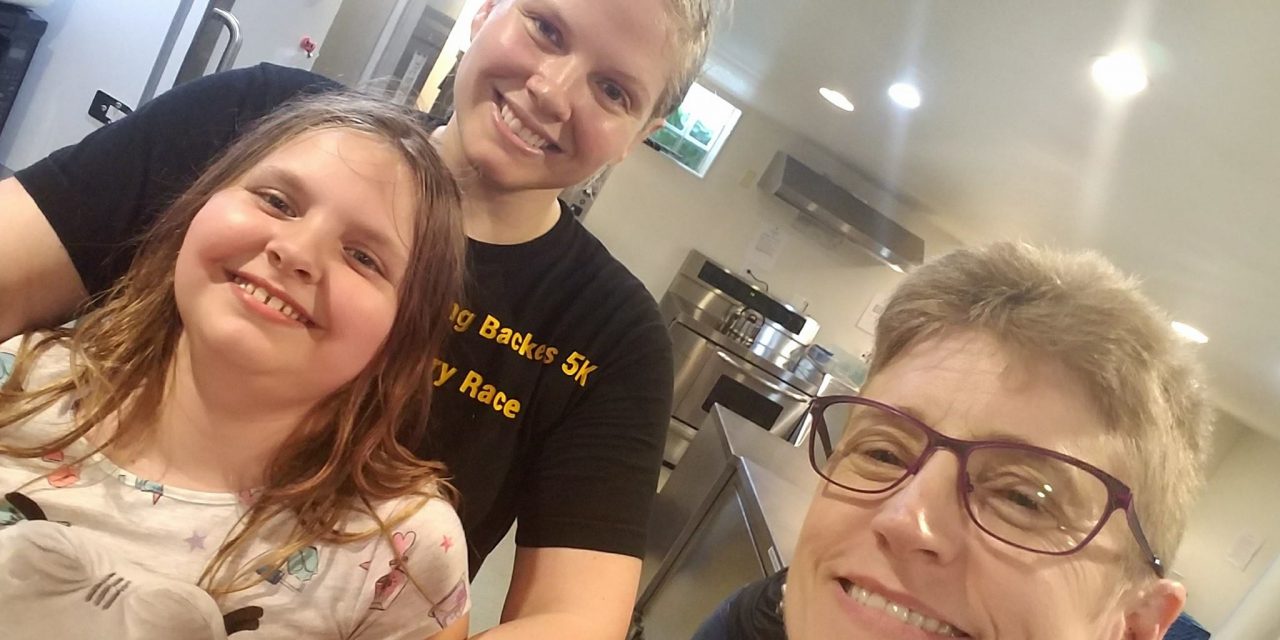 The Rev. Anjel Scarborough (R) with volunteers after the 2018 flood

Aired last night, April 25, 2019,”This is the story of a Maryland mill town that has lived with floods for two hundred fifty years…always rebuilding. But rains have worsened, and development has increased. Residents face the possibility of tearing down historic buildings to save lives. After four deaths, and losing businesses in two, thousand-year-floods in twenty-two months’ time, this may be the new normal for Ellicott City.”

Ellicott City has suffered two devastating floods in three years’ time, and the possibility is high there will be more. The Rev. Anjel Scarborough, priest-in-charge of our church St. Peter’s, Ellicott City, is interviewed in this moving and informing documentary by MPT. In the case of each flood, St. Peter’s has stepped up to help lead the recovery efforts. The church has served as a home base for workers and business owners traveling down Main Street daily in Gators (crossover utility vehicles) during recovery to muck out buildings and try to save the town. St. Peter’s collected and formed an abundant food and supplies pantry for recovery workers and business owners, some of whom had also lost their homes. Each evening crews of muddy, exhausted people came back to Ellicott City to eat dinner provided by a hard-working team of volunteers from the church and community, including clergy and volunteers from churches around the diocese. Even in 2018, having faced this destruction for the second time, residents would settle around the dinner table after a long day, covered in mud and start smiling, sharing stories, even laughing. St. Peter’s served as a center of community, functioning as the church in the world. Thoughtful touches, such as making acupuncture and massage available to victims of the flood as well as recovery workers, police and responders demonstrate the importance of self-care and kindness. Every one is stressed during an emergency like this.

The documentary also features the impact of climate change and development on Ellicott City’s sensitivity to flooding. The Episcopal Church and the Diocese of Maryland take care of creation seriously, and we, as Episcopalians in Maryland, are dedicated to being responsible stewards of God’s creation. To get involved in disaster recovery efforts, please sign up and get connected through Episcopal Relief and Development. To get involved in the diocesan ministry of protecting the earth, contact Dick Williams or Bernadette Roche, co-chairs of GreenGrace (formerly Maryland Episcopal Environmental Partners – MEEP). Watch the documentary on MPT below. Photos of recovery efforts from St. Peter’s are on their Facebook page.