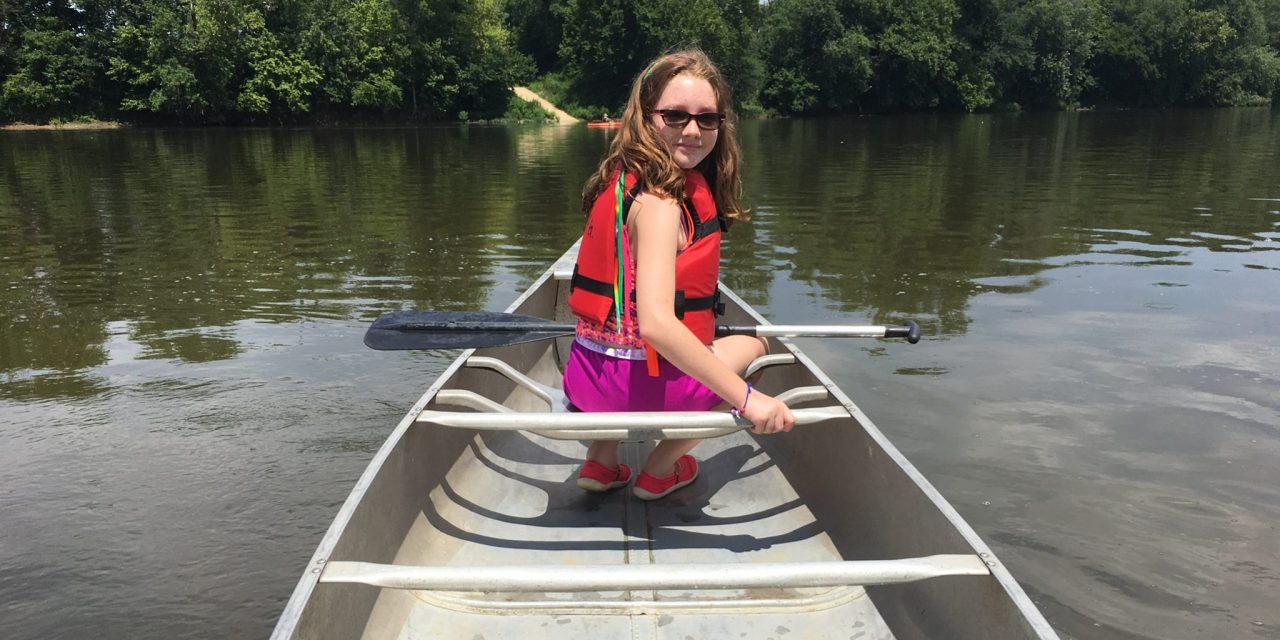 This summer, the Claggett Center is reviving a much-loved summer tradition in Adventure Camp, July 21-26! Adventure Camp is an opportunity for campers completing grades 4-8 to explore God’s creation with extended high ropes activities, hikes, river trips, bike trips, and wilderness skills instruction, culminating in a one-night backpacking trip. Campers will be led in worship and faith formation by Claggett’s beloved counselors, as they explore the mountains and rivers of Frederick County in a small, intimate group. Adventure Camp has not been held at Claggett since 2009. In honor of its return, two veterans of camps past share from their memories. Spaces are still available for Adventure Camp, and all Claggett camps, this summer! Register today at claggettcenter.org/youth-camps. Scholarships are available.

“I didn’t intend to staff that first adventure camp. I’d planned to be a junior counselor at the standard Claggett camp that week, but as it turned out, they needed help with adventure camp and so I agreed to change course. There were two other staff that week and eleven elementary and middle school-aged campers. Honestly, I had no idea what I was getting myself into, but that first night, as we built a fire, roasted our marshmallows, and talked about why we were there, I knew something important was happening. Several campers, like me, didn’t know what they were getting into either. Two didn’t even know to bring a sleeping bag. And so as we talked about our hopes for the week, they centered mostly around surviving it and having a little bit of fun in the process. The week wasn’t without its complications- spiders, snakes, lost canoe paddles, a few homesick nights, more than a couple fire-burnt dinners- but by the last night’s campfire, when we wondered again why we’d all come together for the week, our answers weren’t about survival anymore. One of our previously sleeping bag-less campers answered, “because sometimes you just need to get outside of your comfort zone- do something brave- with people you don’t know who wind up being friends after all.”And I’m not sure, even years later, I could sum it up any better than that.”

In my eleven summers as a Claggett camper, some of my fondest memories are from my times at Adventure Camp. From attending a frederick keys game, to kayaking down the river, or hiking to our campsite- those weeks were always truly an adventure. The smaller number of campers made my experiences so personal and allowed me to make really deep connections with other campers and staff alike. The first time I went to Adventure Camp, I was so excited but still very nervous: excited to get to spend an extra week at my favorite place, I was nervous about not knowing what to expect from a different kind of Claggett Camp. Although I started that first week apprehensive, I ended it as one happy camper who couldn’t wait to come back next year. The laughter and thoughtful conversations that accompany all Claggett camps was still ever-present.  But, spending the whole week outside in nature provided me with a whole new camp experience that I absolutely fell in love with. Adventure camp was an amazing place for me to get closer with God and overcome my fear of bugs all at the same time. I look back on those weeks of camp as some of my all time favorites and wish I had the opportunity to go again!