by the Rev. Kirk Kubicek

Reparations. No doubt some will stop reading or listening just at the mention of reparations for slavery and what the House of Bishops of The Episcopal Church called, in 1994, the sin of racism. About that same time our General Convention called parishes to hold anti-racism conversations in their churches on the day of the annual Martin Luther King Jr. holiday, “until such conversations are no longer needed.” While I was at St. Peter’s, Ellicott City, we did just that for about 10 years, and the conversations were open to the community. This evolved into a monthly conversation with people from around Howard County. Interest and energy eventually faded, but the need for the conversation has not. What I learned about racism in America, and specifically Howard County, and the white privilege I and others continue to enjoy has stayed with me.

This week our bishop, The Right Reverend Eugene Taylor Sutton, testified before a congressional committee in favor of a bill, HR 40, introduced by Rep. Sheila Jackson Lee (D-Texas) that calls for the creation of a commission to study and develop reparation proposals for African Americans – a process on which our Diocesan Convention unanimously passed a resolution at our most recent convention in May. In the run up to our convention Bishop Sutton issued a pastoral letter on the subject of reparations. It addressed what the word really means – “to repair the breach” – and how the diocese might move forward together through programs and initiatives to build a better world out of the wreckage of the past. If we have learned anything in the past few years, the racial divide in America is a breach that is deep and is wide.

It might be easy to read about all this and the hearing that took place in Congress on Juneteenth (the day that commemorates the announcement of the abolition of slavery in Texas in 1865) and return to business as usual. The Holy Spirit, the subject of our attention just two weeks ago on the Day of Pentecost, however, evidently wants to keep the subject of “repairing the breach” first and foremost in our minds. How else to explain the lessons appointed for our attention just a few days after our bishop’s testimony in Congress on the subject of reparations?

Our first lesson from Isaiah 65 depicts the God of Abraham, Isaac, Jacob, Jesus and Mohammed as virtually begging for our attention: “I was ready to be sought out by those who did not ask, to be found by those who did not seek me. I said, ‘Here I am, here I am,’ to a nation that did not call on my name. I held out my hands all day long to a rebellious people, who walk in a way that is not good, following their own devices.” What an apt description of a nation that has repeatedly attempted to legislate a repair of the breach for the sins of racism and slavery, even amending the Constitution to do so. But apparently legislation does not change hearts, minds, attitudes and, most importantly, policies – such as redlining, underfunding African-American school districts, addressing the school-to-prison “pipeline” that incarcerates a disproportionate number of African-Americans, and fair housing policies – a nearly endless list of ways that the breach may be repaired. As our resolution in convention put it: “These are some suggestions and you will have others. Is there a ministry you are passionate about that helps repair the inequalities in our society of the legacy of slavery? Do you work with organizations outside the Church that are doing this work? Do you have ideas for new ministries that would help build the Beloved Community?” That is, reparations is not about handing out checks to individuals. It is about repairing communities and a nation that has been damaged by its past, and by its refusal to acknowledge the damage that past continues to do in widening the breach further every day.

Next comes Paul’s letter to the Galatians 3:23-29 which concludes, “There is no longer Jew or Greek, there is no longer slave or free, there is no longer male and female; for all of you are one in Christ Jesus.” Paul understands that God in Jesus means to put an end to all boundaries and divisions that divide people in this world. “Jew and Greek” addresses division along ethnic and religious lines. “Slave and Free” addresses divisions along socioeconomic lines, dividing those who possessed a measure of freedom from those who possessed very little. “Male and Female” addresses divisions along gender lines, which we now know is no longer a simple binary division, but as a wide spectrum of possibility. One would think that throughout the Church, and in a nation that claims to have Judeo-Christian origins, that repairing these breaches that cause us to view the world through the lens of these divisions that Paul lays out would be a primary task for all of us. The Jesus Paul knew and loved spent nearly every waking hour repairing these breaches and all kinds of divisions that prevent us from becoming The Beloved Community God desires for all of humankind. 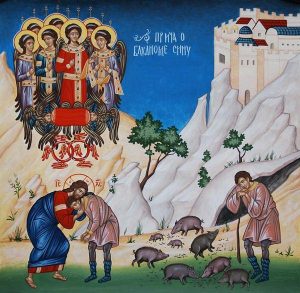 Perhaps one of the best examples of this is in the story we find in Luke 8:26-29. Jesus sets out with his disciples in a boat to continue his work on “the other side” of the Sea of Galilee. There is a storm. This is a dangerous passage. After rebuking the storm, Jesus leads them to a country that is “opposite” their homeland only to find a man possessed by demons living among the tombs, whom the townspeople had chained and shackled, “but he would break the bonds and be driven by the demon into the wilds.” Jesus then asked him, ‘What is your name?’ He said, ‘Legion’; for many demons had entered him. They begged him not to order them to go back into the abyss.” Instead they begged to be sent into a herd of nearby pigs, indicating we are in Gentile, not Jewish, territory. Jesus sends them into the swine, the pigs rush down a steep bank and drown in the sea. The man is found in “his right mind.” Curiously the town people are not happy about this – the man being restored to wholeness as a person. Evidently, they prefer to live with the boundaries and breach maintained, not repaired and healed, and with the man not considered “a person”.

Slavery has left us with a Legion of demons. Note that Jesus addresses the demons and finds a solution – a solution that comes with a cost. The healing of the breach cost some people considerable assets with the loss of the herd of pigs. And to exorcise the demons Jesus had to cross over the ethnic, religious, and socio-economic boundaries of his day. Nevertheless, the good news is that the Diocese of Maryland has decided to address the demons, and asks every congregation to join the process and hard work of repairing the breach. And now has invited the nation to do the same.

One wonders, however, if our nation is ready to address the demons that continue to keep us chained and shackled to the sins of generations of slavery and racism. Has the Lord, as depicted in Isaiah, captured our attention yet?

I am ready to be sought out by those who do not ask, to be found by those who do not seek me, says the Lord. I say, “Here I am, here I am,” to a nation that does not call on my name. I hold out my hands all day long to a rebellious people, who walk in a way that is not good, following their own devices. 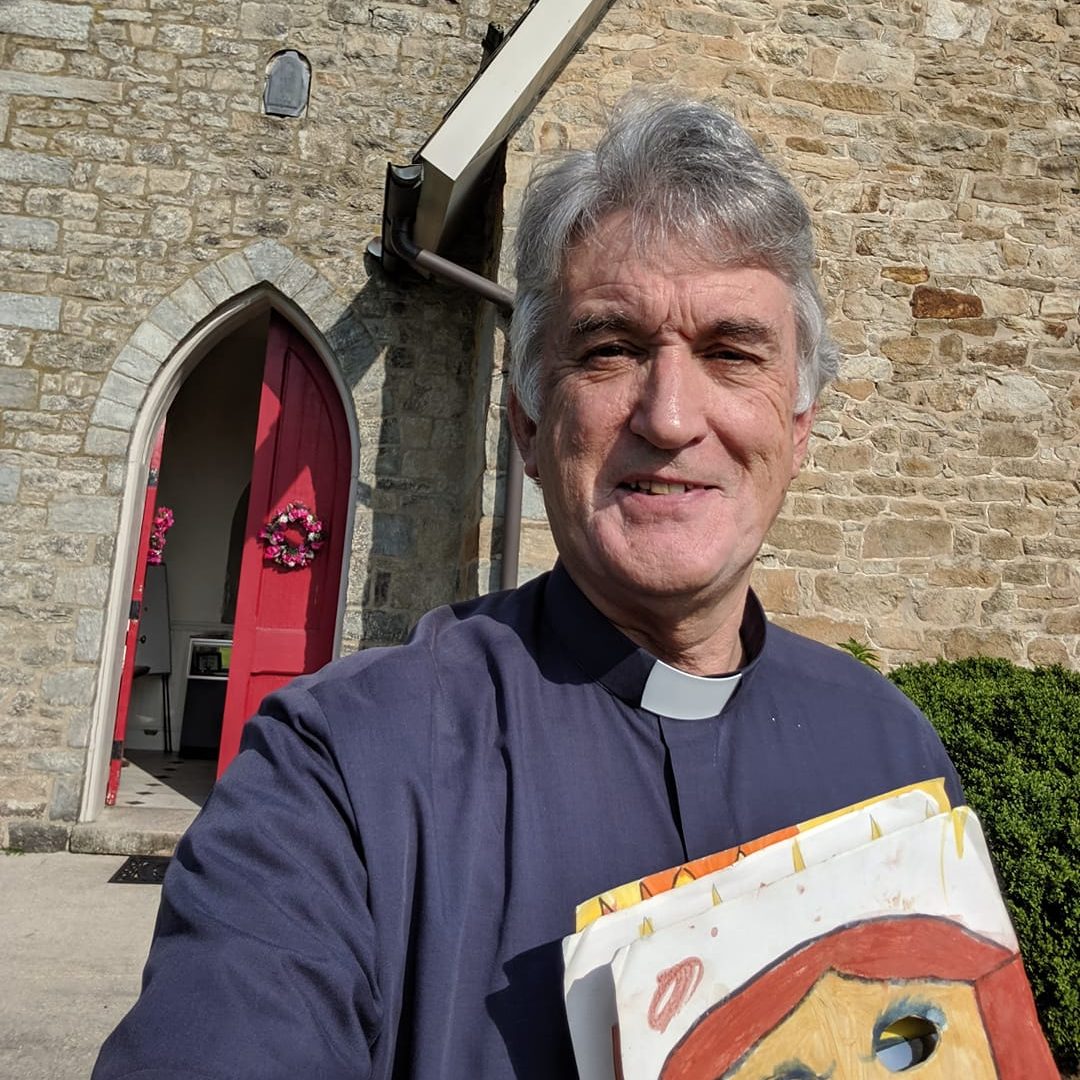 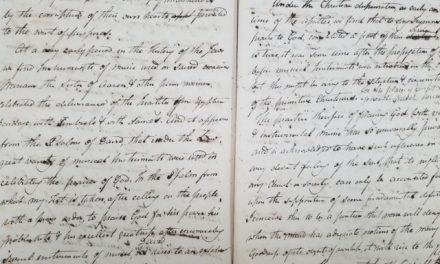 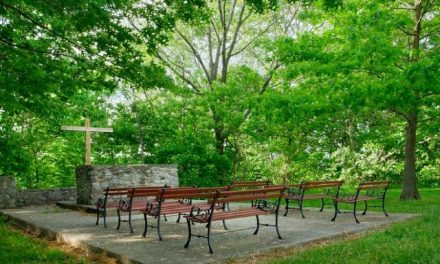 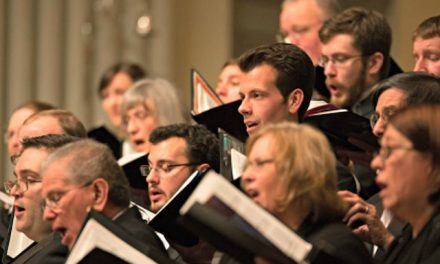