St. Thomas’, Towson and Epiphany, Timonium to join together as one 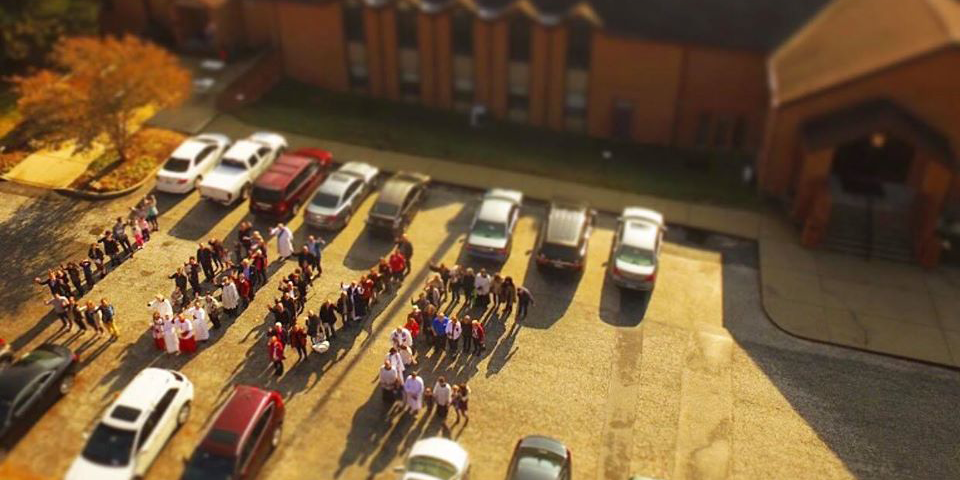 [Timonium, MD] In the past 6 months, the congregations of St. Thomas’ in Towson and Epiphany in Timonium have engaged in an intense process of discernment that has prompted leadership from both Episcopal congregations to decide unanimously to merge and become one, effective January 1, 2020. This partnership exploration came to a focal point in early November, when both vestries reviewed findings from months of information gathering and relationship building and then made decisions about how to move forward.

Faced with challenging nationwide trends in religious engagement, these mission-minded organizations have sought creative ways to respond to major demographic shifts in participation. According to recently released information from the Pew Research Center, “[based upon] telephone surveys conducted in 2018 and 2019, 65% of American adults describe themselves as Christians when asked about their religion, down 12 percentage points over the past decade. Meanwhile, the religiously unaffiliated share of the population…now stands at 26%, up from 17% in 2009.”

The combined congregations will consolidate to one facility located at 2216 Pot Spring Road, Timonium, MD, until such time as a mission and strategic plan are completed and the location is evaluated for its ability to serve the mission of the church.  A temporary new name – St. Thomas/ Epiphany Episcopal Parish, or “STEEP” – will be used for the first 6 months, during which time a group empowered by the newly formed vestry will be established to create a name for their new church.

A new lay leadership body of vestry and officers were selected during a combined retreat, with equal representation from each community. The current rectors of each congregation, the Rev. Loree Penner and the Rev. Kristofer Lindh-Payne will become the co-pastors, during this transition year, with the Rev. Dr. Amy Slaughter Myers continuing as associate rector of the new church.

According to Penner, “this partnership exploration began because our leadership realized we couldn’t continue to operate in the way we always have. We needed to think outside the box and reach beyond ourselves.” As Lindh-Payne describes it, “becoming one will enable us to have an even greater impact in our wider community.”

An internal change management consultant from each congregation, Jan Bahner and Jay Boggs, have been instrumental in the design and implementation of this process. They agree that, “together we are putting a strong foundation in place for the future.”

The two congregations that are merging are part of the larger Episcopal Diocese of Maryland that consists of more than 100 churches across the state. Leadership from the diocese is excited and supportive of their work and believe that this can become a model for other congregations in our diocese and the whole Church.

While experiencing many changes in this period of transition, the Epiphany Community Center programs remain unchanged, and leadership from both congregations are excited to build upon that strong foundation to continue to serve Baltimore County.