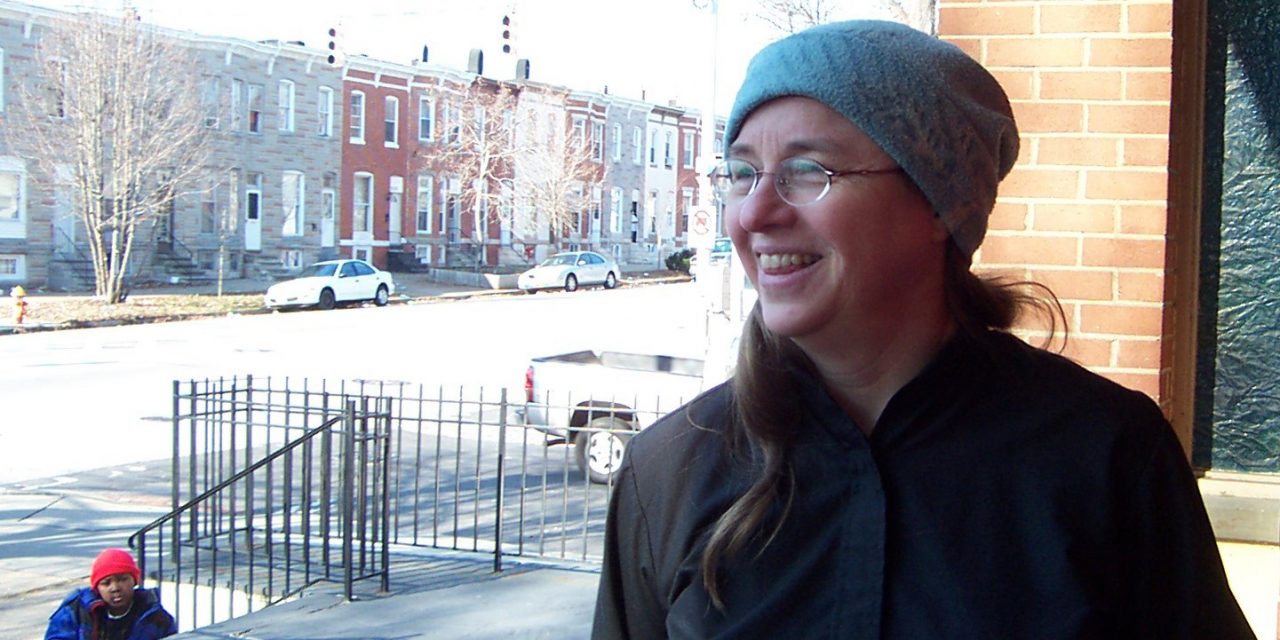 The Rev. Alice Bassett-Jellema, rector of the Church of the Guardian Angel in Baltimore

The Rev. Alice Moore Bassett-Jellema, rector of the Episcopal Church of the Guardian Angel in Baltimore and pastor to the Remington neighborhood of Baltimore, died at home November 2 from a glioblastoma. The Baltimore resident was 62.

Bassett-Jellema, the daughter of Lyman I. Jellema and Alice Roelofs Jellema Simril, was born in Buffalo, NY and raised in Clarence Center, NY. As a life-long Episcopalian, her early faith was formed at St. Paul’s Episcopal Church in Harris Hill, NY.

After graduating in 1974 from Clarence Senior High School, Bassett-Jellema earned a bachelor’s degree at Colby College in Waterville, ME and Master of Divinity from the General Theological Seminary of the Episcopal Church in New York, NY and was ordained an Episcopal priest by the Right Rev. Frank Harris Vest, Jr. in 1992.

She provided leadership and service to both church and community organizations in Baltimore including the Episcopal Housing Corporation, the Chapter of the Cathedral of the Incarnation, Dreambuilders and St. Mary’s Outreach Center of Hampden. Bassett-Jellema also helped shape the faith formation of many through her work in the Episcopal Diocese of Maryland’s Exploring Baptismal Ministry program.

Bassett-Jellema enjoyed taking road trips and family vacations with, Christine, her wife of six years, to Sandbridge, VA, and visits to her family farm in East Aurora, NY. She loved meeting new people through her ministry and community work in Remington, where she was affectionately known as “Pastor Alice,” and will be missed by many in Baltimore.

She is survived by her beloved wife, Christine Bassett-Jellema, and stepchildren, Jordan Moore; John Moore and his wife, Kristen; Jasmine Peters and her husband, David; as well as her sister, Joanna Kleppinger and her husband, Ron; and brother, Lyman M. Jellema. Pastor Bassett-Jellema is also survived by two nephews, John Kleppinger and Michael Kleppinger, and his wife, Melissa; aunts Miriam Roelofs Ellis, and Joan Roelofs Garber as well as many cousins.

A celebration of the Rev. Alice Moore Bassett-Jellema’s life will take place Saturday, November 16, 10:00 AM, at the Episcopal Cathedral of the Incarnation, 4 East University Parkway, Baltimore, MD 21218.

In lieu of flowers, please send donations to the Episcopal Church of the Guardian Angel, 2629 Huntingdon Avenue, Baltimore, MD 21211. The Rev. Alice Bassett-Jellema welcomes her Remington neighbors to the Church of the Guardian Angel in Baltimore