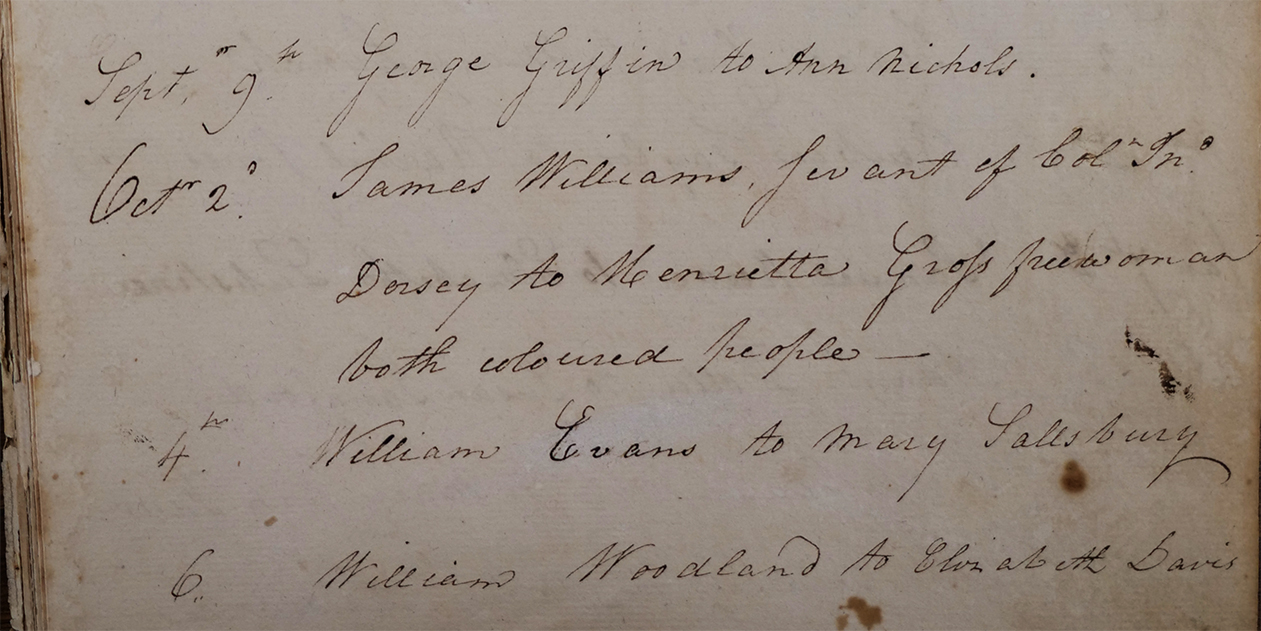 Trinity Church in Baltimore was begun in 1804 in Fells Point and flourished for over thirty years until German families began moving into the area, and yellow fever epidemics decimated the congregation. Their first church building at Trinity Street, west of Exeter St, was sold to a German Lutheran congregation in 1836, but before that time Trinity’s rector, the Rev. Elisha Rattoone, had recorded the names of several African American persons he had married or baptized. The first such entry reads; “October 2, 1808 – marriage of James Williams, servant of Col. John Dorsey to Henrietta Gross, a freewoman, both coloured people.”

Elisha Dunham Rattoone had come to Maryland from New York in 1802 to become associate rector of St. Paul’s parish in Baltimore and took up the rectorship of Trinity Church in 1806. He had been rector of Grace Church in Jamaica, New York, then a professor at Columbia College before moving south. His tenure at Trinity was short, leaving in 1809 to become president of the College of Charleston, but he recorded twelve baptisms and two marriages of African Americans during his three years as rector. Transcriptions of the entries follow:

April 2, 1809: the marriage of Reuben Taylor and Rachel Jones (Colored) 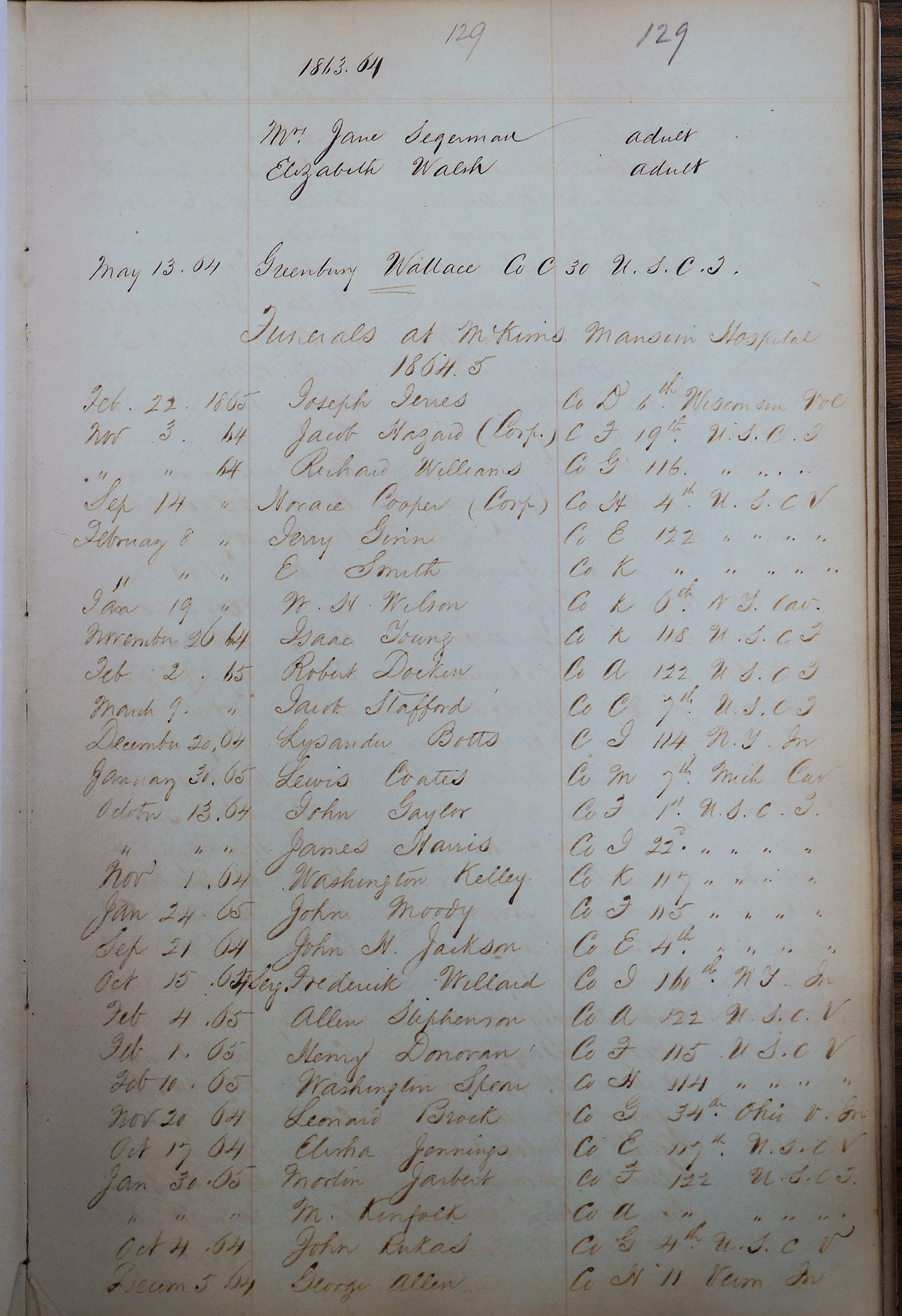 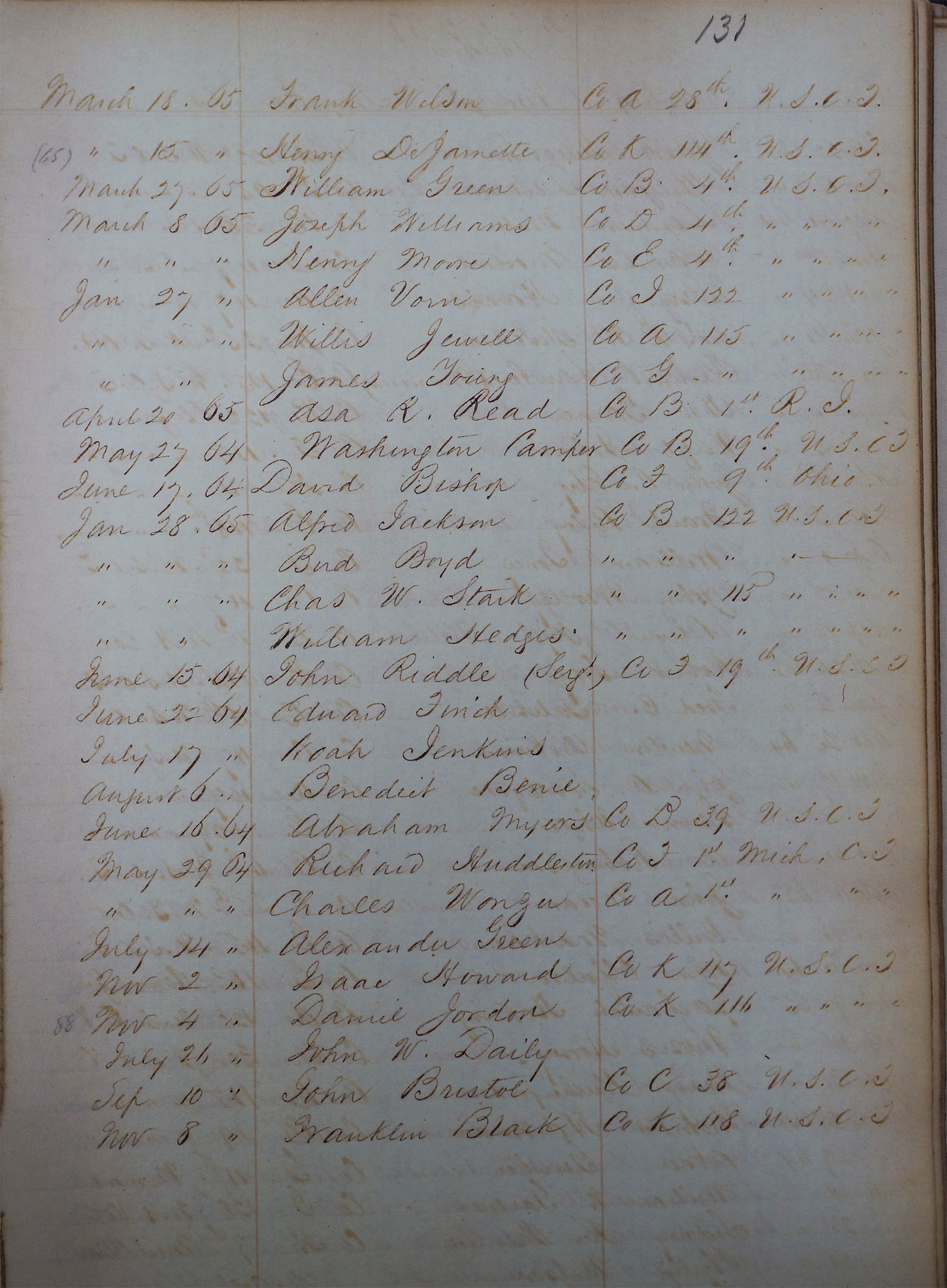 The Rev. George A. Leakin began a revival of Trinity Church in 1843, and was rector there until 1887. Written in the pages of the church’s parish register are the names of 146 members of the United States Colored Troops whose funerals were conducted by Mr. Leakin during the Civil War. In addition to serving as rector of Trinity Church, in 1862 Mr. Leakin was commissioned as a chaplain to the United States Hospital at Patterson Park, a position he held until the end of the War. McKim’s Mansion Hospital, the convalescent portion of the surgical hospital, was also ministered to by Mr. Leakin, and it was from McKim’s that the funerals of these 146 Colored Troop soldiers were conducted. Careful in his record keeping, Mr. Leakin enumerated the date of the funeral, the name of the deceased, along with his company and regiment in which he served. The first entry in the long list reads, “On May 19, 1864, the funeral of Basil Sharp, Company B, 30th Regiment, U.S.C. Troops”. There was no indication where the burial took place, but the heading reads, “Funerals at McKim’s Mansion Hospital.”

In response to our query about the burial place of soldiers who had died at McKim Mansion Hospital, the National Archives responded, “We believe these soldiers were interred at Louden Park National Cemetery.” Armed with the list of burials found in Trinity Church’s parish register, Audry Gagnon, a member of the Episcopal Service Corps, and I took a field trip to Louden Park Cemetery in the fall of 2016. In one afternoon, we were able to locate 37 marked graves of the 146 men for whom funerals were conducted by Mr. Leakin, including that of the first entry, Basil Sharp. Sharp is buried in plot number R-115. Nearly every man listed on page 126 of Leakin’s register is also buried in plot R. An alphabetical list of names taken from Trinity’s burial list, and their grave sites at Louden Park Cemetery (if known) has been compiled for easier research.

Trinity Church, Baltimore, is only one of the 75 churches whose parish registers are on deposit in our archives, and available for research by anyone with the time and interest to explore their wealth of revealing entries. 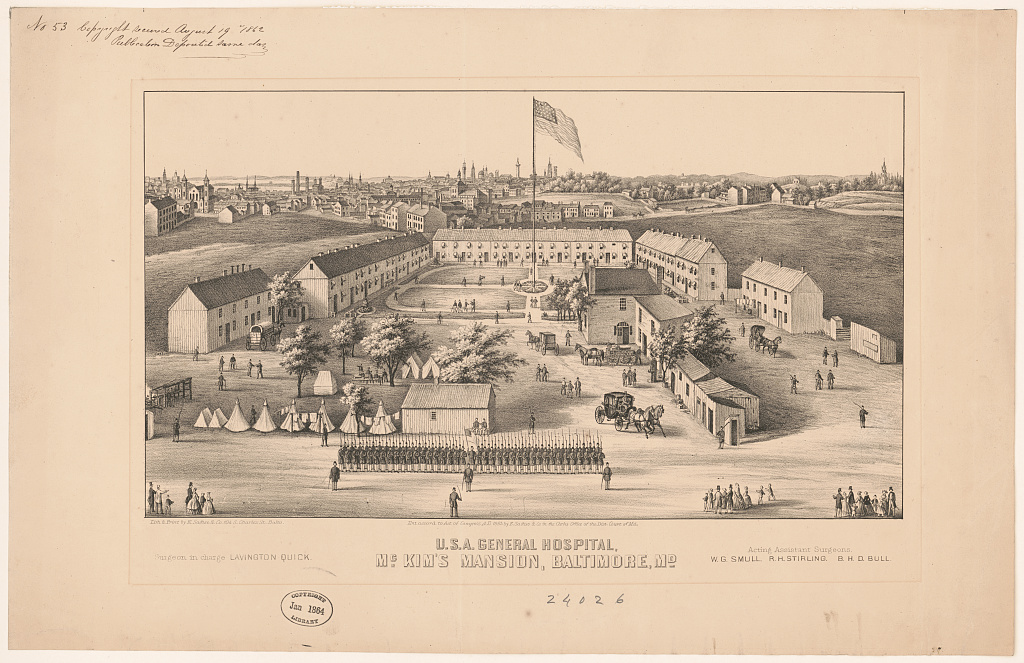