From the Archives: Christian Responsibility 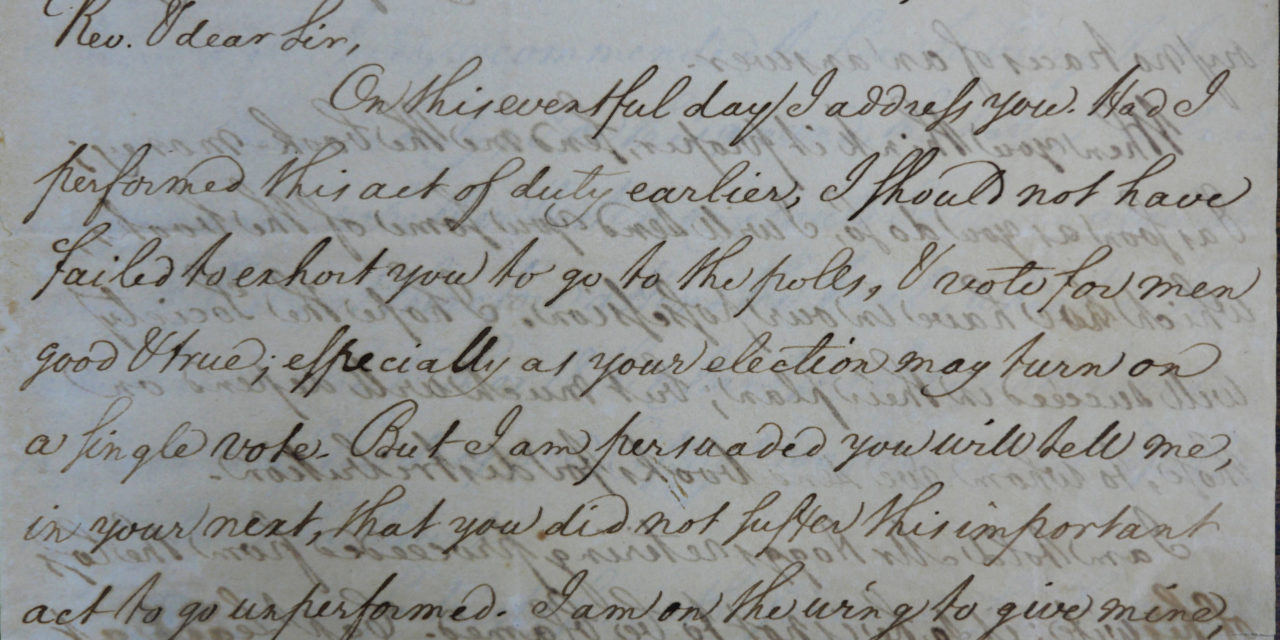 Since the beginning of the Experiment of Democracy in this country, elections and the duty to vote have been discussed, written about, disagreed about, and bandied back and forth. The church, and those within it, have not avoided opinion and have used their positions to influence others.

In a letter of September 2, 1811, the Rev. Joseph Bend, rector of St. Paul’s Parish in Baltimore, wrote to his friend the Rev. William Duke, “On this eventful day, I address you. Had I performed this act of duty earlier, I should not have failed to exhort you to go to the poles (sic) & vote for men good & true, especially as your election may turn on a single vote. May a gracious Providence order events according to our wishes!” A month later, in another letter to Duke, Bend wrote, “All that clergymen have to do, is to go & peacefully give their votes; nor only but when they think there is a tolerable prospect of success for their cause. At least such is the rule I have laid down for myself.”

In an 1845 sermon titled, “Man’s Duty to the Civil Government and to God”, the Rev. John McJilton, in discussing differing political parties, and the inflammatory stances people take  said, “From one-sided regard of what men deem the proper policy, they descent to the traduction of individual character, and to the abuse of individual men. And with this sin, our national character is now colored with the deepest stain. And there is cause why we should repent it before God. We are Christian brethren, let us labor together for the overthrow of vice and ignorance and immorality, and for the increase of virtue and wisdom and righteousness. Let us aim for the expulsion of every principle that would divide us…so that we no longer be in danger of mistaking prejudice for principle, and sectional and party feelings for the undivided honor which we owe to our country.” 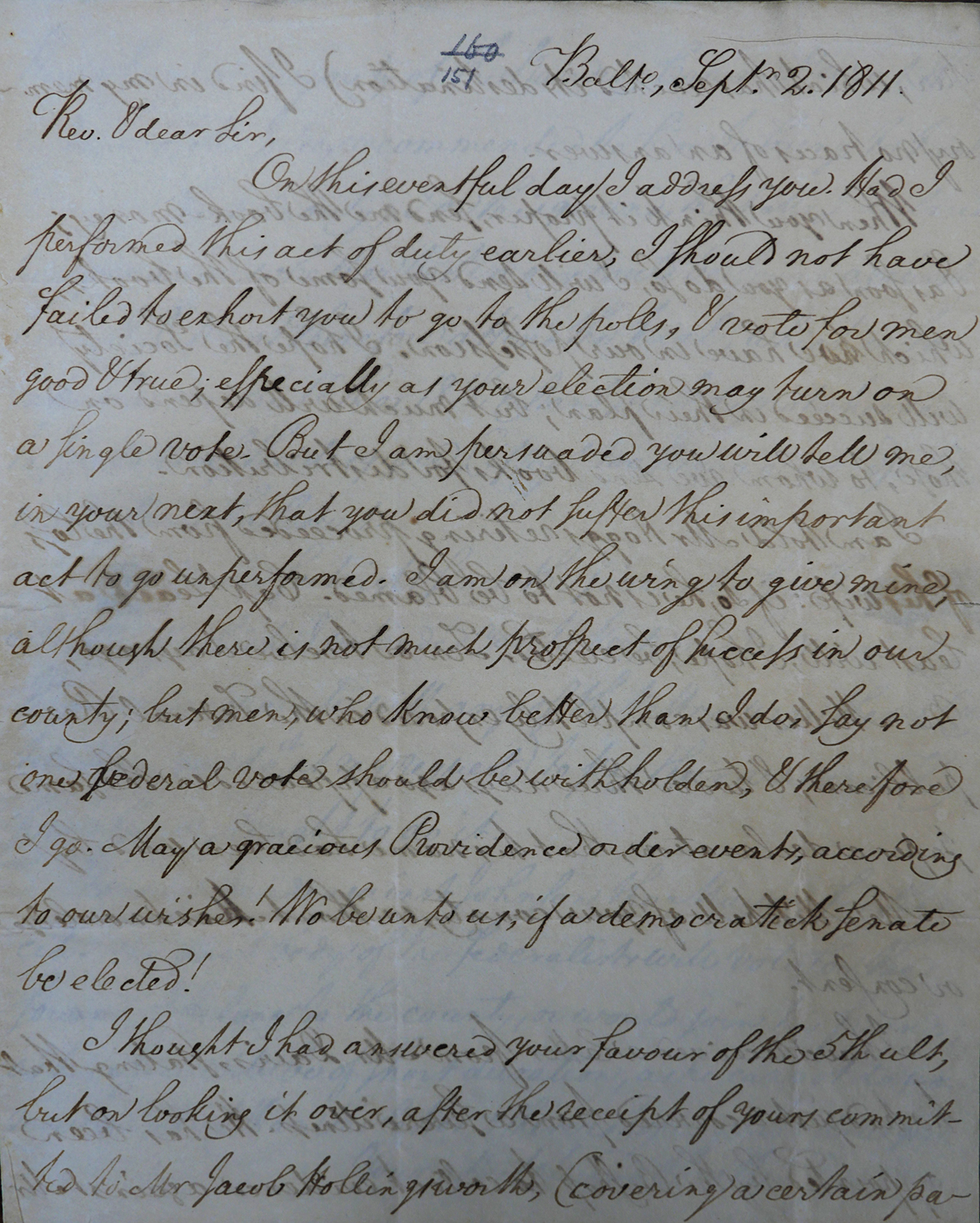 When signing the 1965 Civil Rights Act into law on August 6, President Lyndon B. Johnson said, “The vote is the most powerful instrument ever devised by man for breaking down injustice and destroying the terrible laws which imprison men because they are different from other men.” In the Diocese of Maryland, the twentieth century’s clear voice crying for racial justice and the guarantee of voting rights came from The Right Rev. Harry Lee Doll, the diocesan bishop from 1963-1971. He constantly insisted that the voice of the Christian be heard regarding legislative issues and urged church members, “in the vital field of race relations… we cannot stand still. To do that is to deny God’s guidance in the affairs of men, and it is to deny our own responsibility for our brothers in Christ.”

In his 1965 address to Convention, Bishop Doll boldly stated, “The matter of race relations continues to be an ever-present one with us and will continue to be so until we, as a Christian people, are willing to welcome every minority group into full freedom and citizenship. Remember that our Lord took great pains to point out who our neighbor is… I beseech you, Brethren, let no day pass when you do not raise your petitions to God that this mind may be in us which was also in Christ Jesus.” The bishop vocally supported volunteer members of the Committee on Social Relations which during 1964-65 had “appeared before the City Council, a County Council or the State Legislature to present Christian views on current legislative debate.” 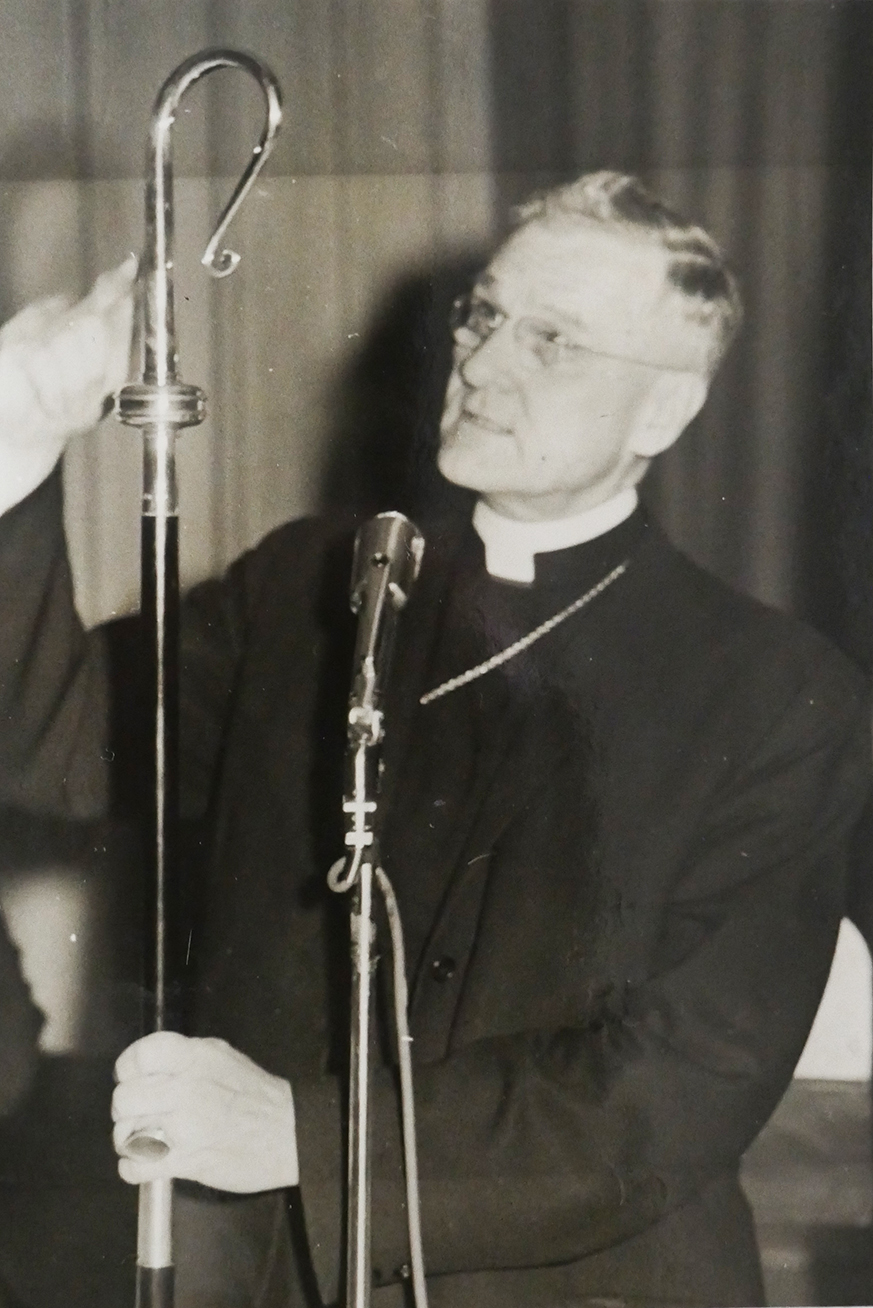 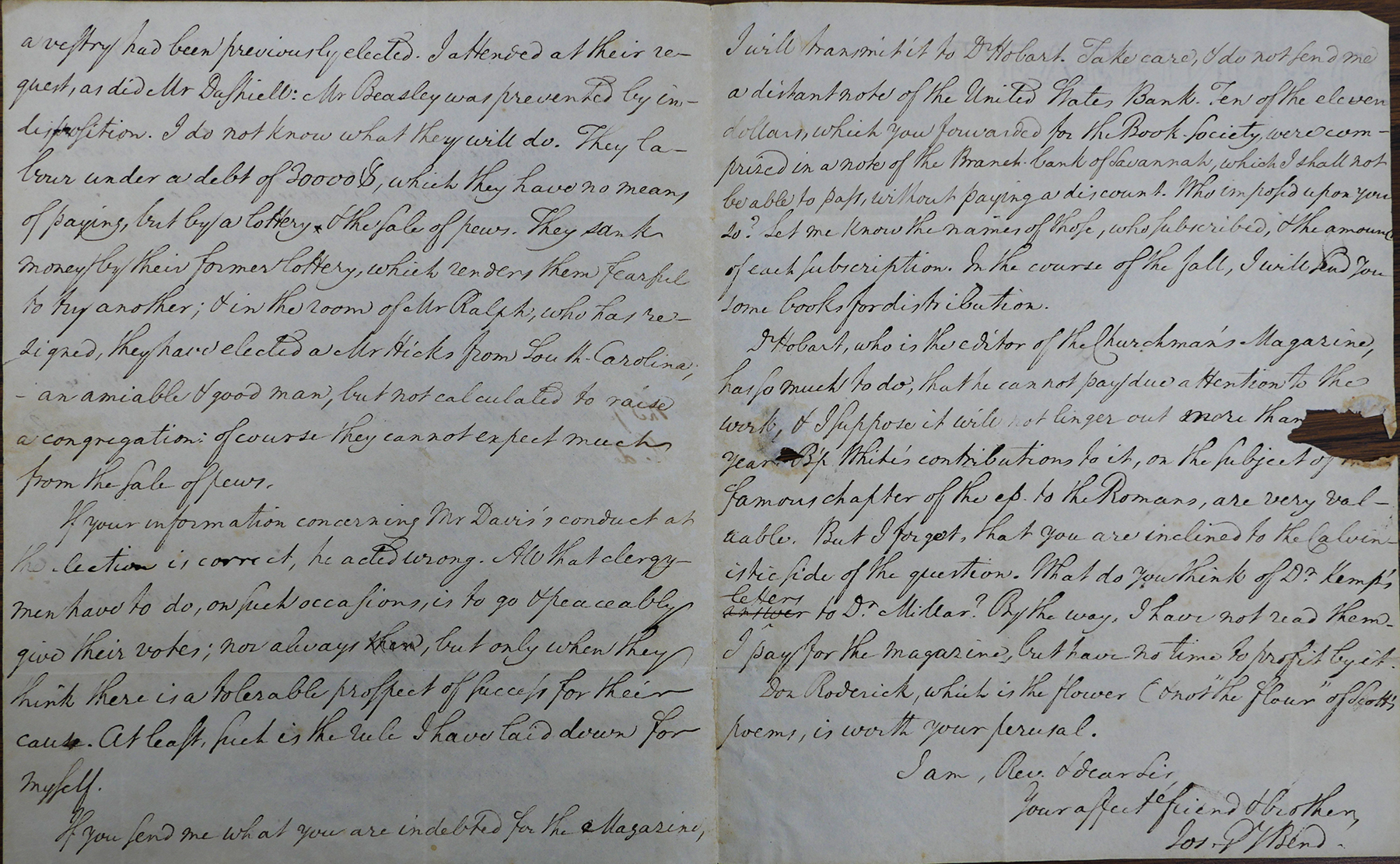 In 1966, the Trustees of the Church and Race Fund had voted to spend $5,000 for “voter registration and social orientation in the ghettos of Baltimore”. Defending that expenditure, the bishop explained in his 1966 address to Convention, chiding city councilmen for ignoring their constituents who were “powerless in the eyes of the politician” that “the Church is not concerned  with politics except as it influences human rights and the ultimate goal, which is to restore them to a sense of personhood as children of God, children who can take responsible action for their own lives. This social orientation is inevitably tied in with voter registration.”

Thus, urging church members to use their power to correct social evils is nothing new to the Diocese of Maryland. Perhaps it would be good to be reminded of a resolution which was adopted at the 1965 Diocesan Convention. “Now, therefore, be it resolved that this 181st Convention of the Episcopal Church in the Diocese of Maryland, request and urge that the clergy and laity present and participating in the Convention, upon their return to their parishes, recall to their fellow churchmen their individual Christian responsibility actively and with zeal to promote the cause of interracial understanding and acceptance by witnessing through speaking, writing and any other form of action.”